I've got some very exciting news for all you shoot 'em up fans out there. I'm very pleased to announce that the first Psytronik Software PC title will be released on CD-ROM later this year. It will be a PC conversion of the classic CBM 64 game ARMALYTE - complete with specially updated graphics, animation, music and sound effects! 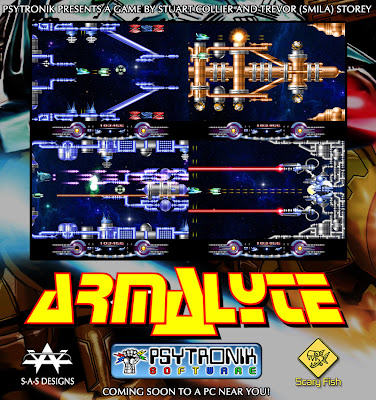 The PC conversion is being handled by S-A-S Designs - a team consisting of Stuart Collier (code), Trevor 'Smila' Storey (gfx & design) and Infamous (music & sfx). These guys have been responsible for some superb PC remakes of classic games including Hunter's Moon and Bruce Lee to name but two. If you've seen any of these remakes you will know these chaps are seriously good at what they do! 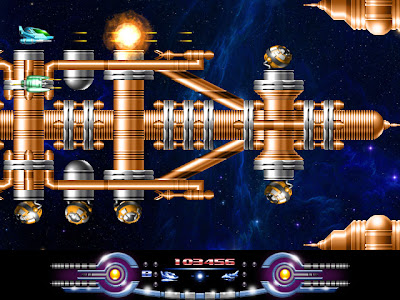 So how did all this come about then? Well, it's basically a story of everyone being in the right place at the right time. After the Psytronik re-release of Mayhem in Monsterland proved to be so popular I decided to contact Dan Phillips to ask if I could also re-release Armalyte on the C64. He gave the idea the thumbs-up so I contacted the owner of the Armalyte IP (Andy Roberts) and he also approved the idea. Smila mentioned that he and Stu C were busting to do a remake of Armalyte for the PC so I ran the idea of releasing a PC remake of Armalyte commercially past Dan & Andy and the Armalyte PC version was given the green light! 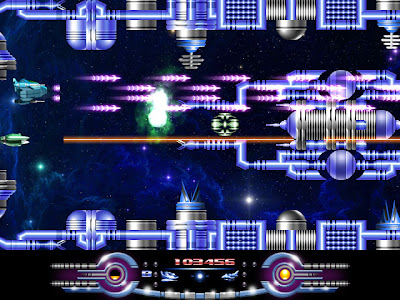 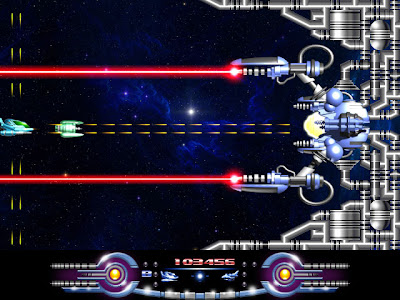 The PC version of the game will be presented on a CD-ROM in a white Wii-style DVD case. It will be available to pre-order from the Binary Zone retro store very soon and as a special offer there will be no extra charge for postage and packaging if you pre-order the PC version!! You will even be able to 'try before you buy' as the complete first level of the game will be available as downloadable demo very soon. Keep an eye on www.psytronik.com for more details. 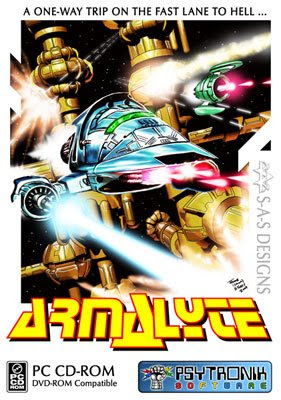